What is Point In Time Assessment?

We’ve noticed that most schools who are changing their tracking methods are moving from a linear-based approach to a Point In Time Assessment model.

Schools and MATs have told us that the Point In Time Assessment (PITA) solution fits perfectly with their philosophy of the current curriculum. They also tell us that it’s saved them hours of time, so more effort can be dedicated to teaching and learning.

Read on to learn if this can help you.

In a linear model, a school may use Expected Standards (often described as ‘Secure’) to refer to a pupil having understood the majority of the curriculum. This would mean it’s unlikely that a pupil could be recorded as working at Expected Standards or Greater Depth before the summer term because there’s not been enough time to teach enough of the curriculum at that point. Therefore, the vast majority of pupils will be recorded in the lower end of the linear scale early in the year.

Some schools, and MATs, have said that this can make it difficult to report the difference in pupils’ abilities until the Spring and Summer terms.

If a school decides At Standards means that a pupil is working comfortably with what has been taught to date, then they have made the shift to PITA.

This simple change in philosophy, means that pupils could be deemed as Below, Working Towards, Expected and Greater Depth within any term. Pupils don’t have to cover the majority of the curriculum to be identified as such.

END_OF_DOCUMENT_TOKEN_TO_BE_REPLACED

But what about progress?

For schools using the PITA method, progress can be evidenced in a number of ways. One thing to bear in mind is that a shift to PITA would mean that progress isn’t measured by points and average point scores. Here’s a couple of examples to explain how progress is monitored when using PITA.

Progress matrix reports are key! A matrix report will help you monitor if pupils understand what is being taught over time. The report will take a look at the ‘stage’ of understanding a pupil was at in any prior assessment period, most commonly the end of the previous key stage, and compare that to the latest assessment.

These matrices should show you the pupils names, to encourage further discussions, but they will also display the number and percent of pupils that have made less than expected, expected and more than expected progress for reporting to governors etc. 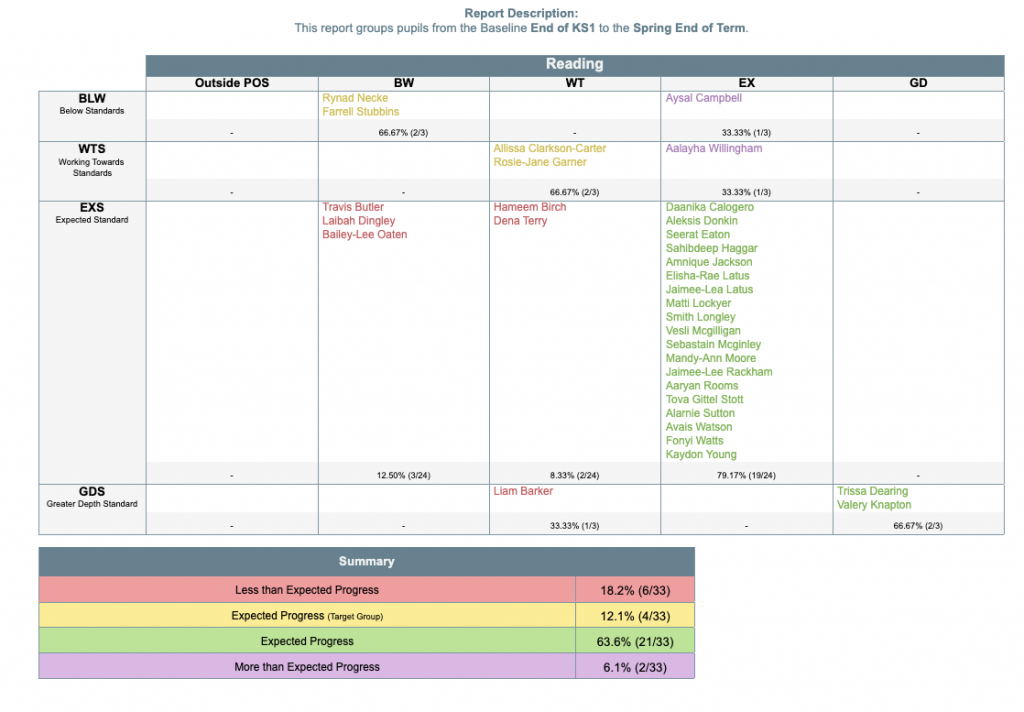 END_OF_DOCUMENT_TOKEN_TO_BE_REPLACED

Another option is to predict an attainment code (or descriptor) for the end of each term. You should consider the knowledge you have of the pupils, including prior attainment and information regarding their emotional and social context etc. Then, once you have an outcome of an actual assessment, you simply compare the expected vs the actual to determine if each pupil has made the progress you predicted.

Both of these examples will allow you to analyse progress for each pupil, groups of pupils, the cohort and the whole school.

If you want to find out more please get in touch.

I co-established OTrack, in November 2005. Since then, I've led OTrack from a ‘start up’ to an award winning company that works with, and supports, over 1600 schools across the UK, and beyond. ...

Read more and see all posts by Tom

Click here to get more info on logging into OTrack